Turks and Caicos wedding with lots of puppies 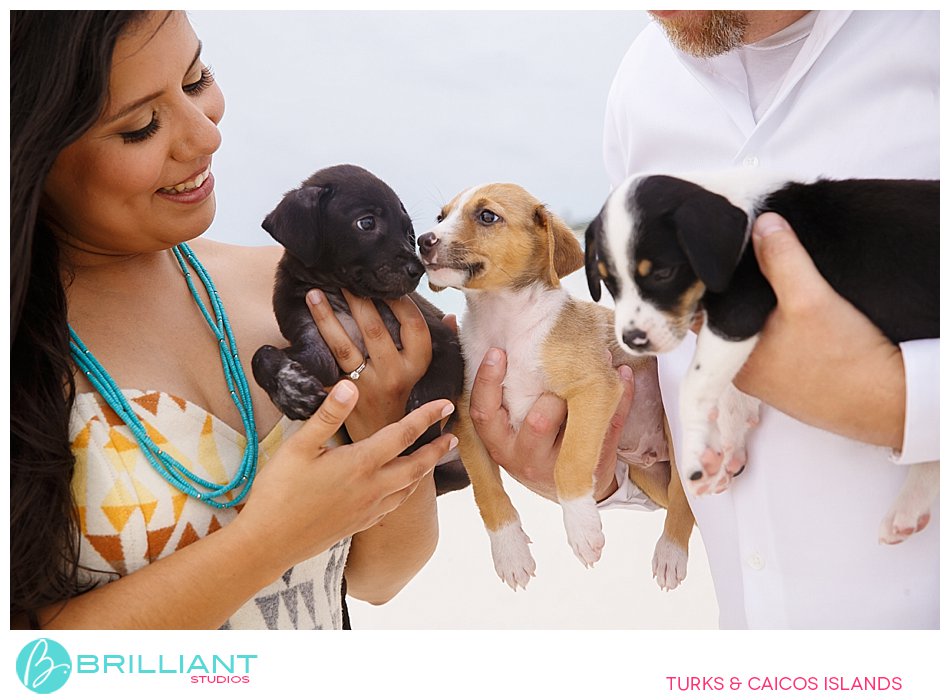 I don’t think I can say that I’ve photographed a Turks and Caicos wedding with lots of puppies before! But now I can, thanks to Steve and Onawa.

Steve and Onawa’s first trip together as a couple was to Turks and Caicos in November 2014. They not only fell in love with the stunning natural beauty of the islands, but with the local dogs too! They adopted a potcake who they named Caic, and stayed in touch with the staff and volunteers of the TCSPCA after returning home.

In the years since, Steve and Onawa kept on traveling. They explored 16 countries in 3 ½ years but knew in their hearts that no place quite compared to TCI. So they made the decision to return and get married in July 2018.

On the big day, there was no big white poofy dress, no ballroom or large audience. Not even a bouquet! Instead, they opted for simple, meaningful and off the beaten path with Leeward Beach as their quiet, intimate setting.

With the bride and groom both being indigenous from the Mohawk nation, Onawa chose a one-of-a-kind handmade gown that featured a Pendleton bodice that she topped off with Navajo turquoise. Inside their wedding bands, they had “i:i tanon i:se” inscribed; meaning “me and you” in their traditional language.

As huge animal lovers and advocates, Steve and Onawa invited Caic’s rescuers, Pauline and Barry, to bring three of their foster puppies to the ceremony. They’d already volunteered to courier the pups back to a rescue in Canada but decided to meet them as the wedding paw-ty first! Lynne at NILA Destinations said it went “from nuptials to puptials!”

This wedding was about the happiness, beauty and simplicity of the things they love the most: nature, animals, their culture, travel, and most importantly, each other.

Congratulations, Steve and Onawa, on your Turks and Caicos wedding with lots of puppies!

For more information about our weddings and other photo shoots visit our website: www.brilliantstudios.com

No flowers but puppies 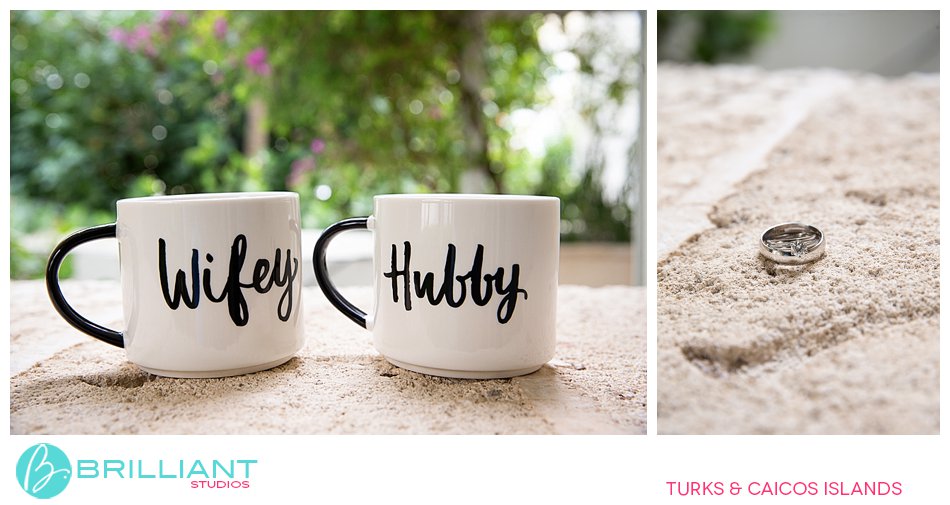 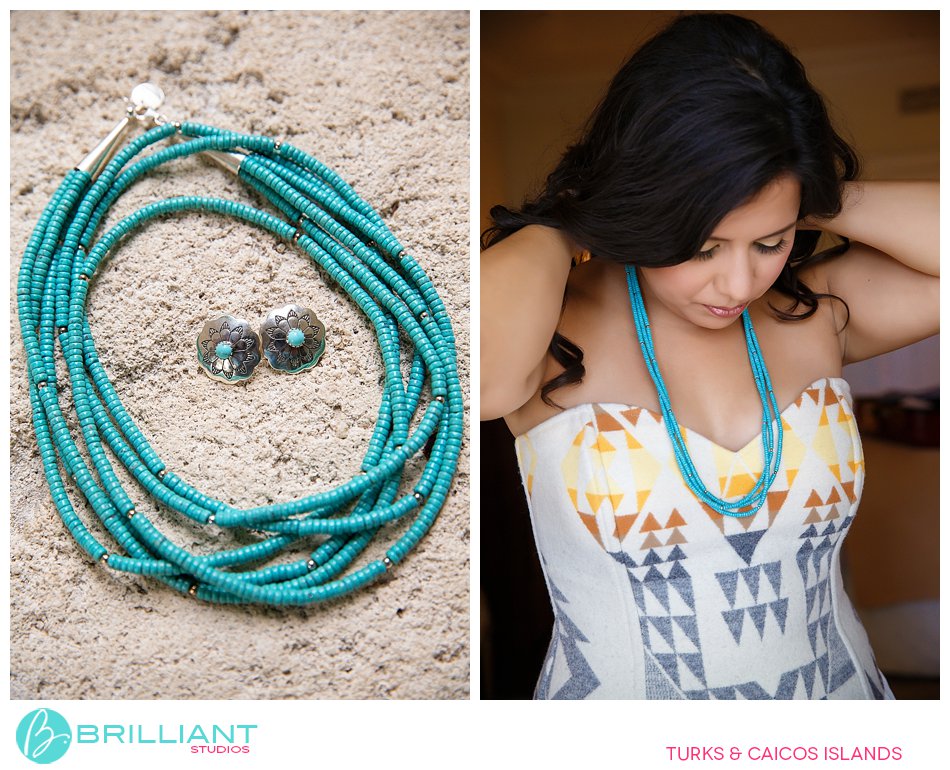 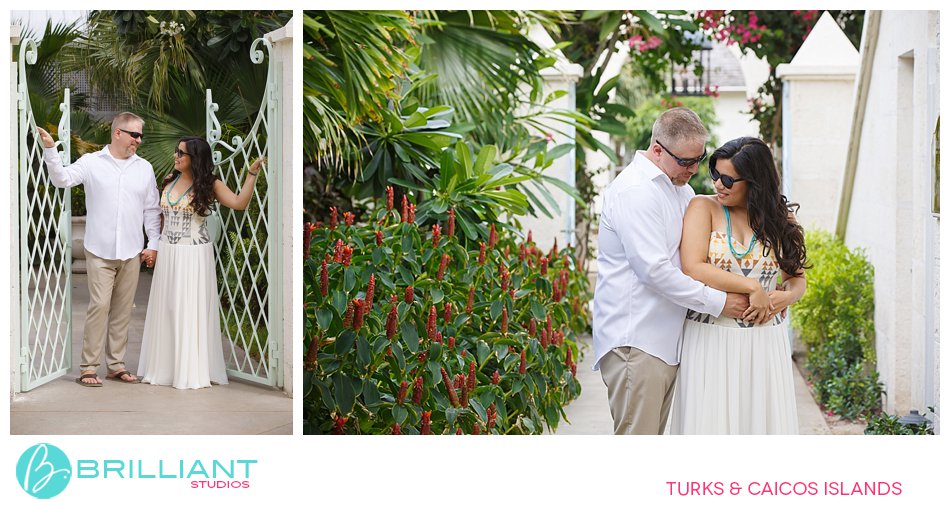 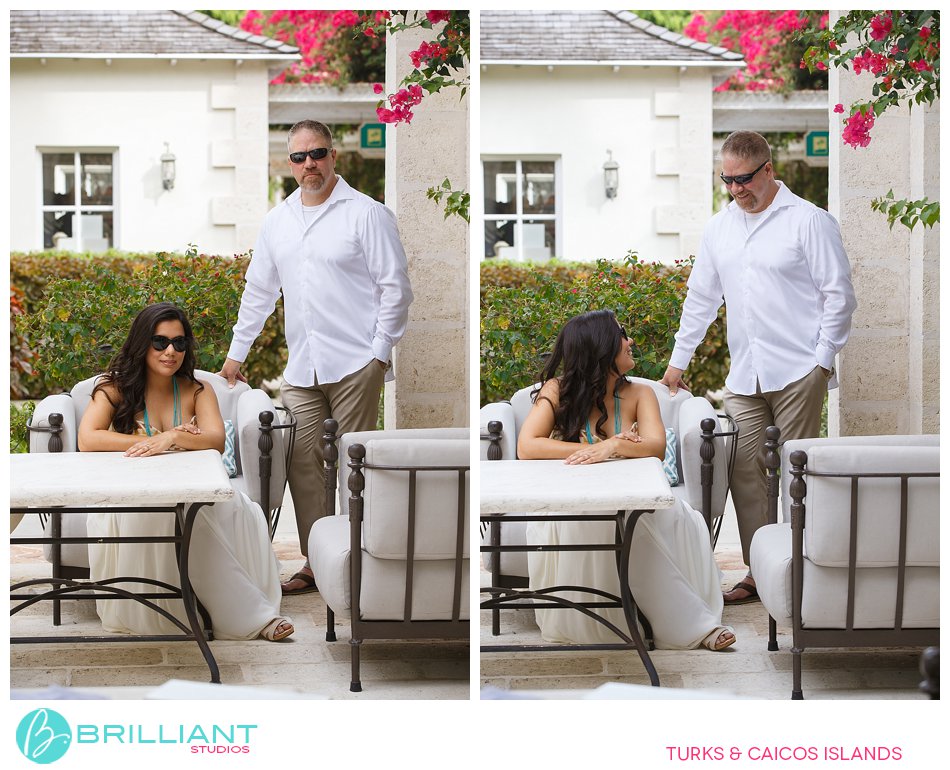 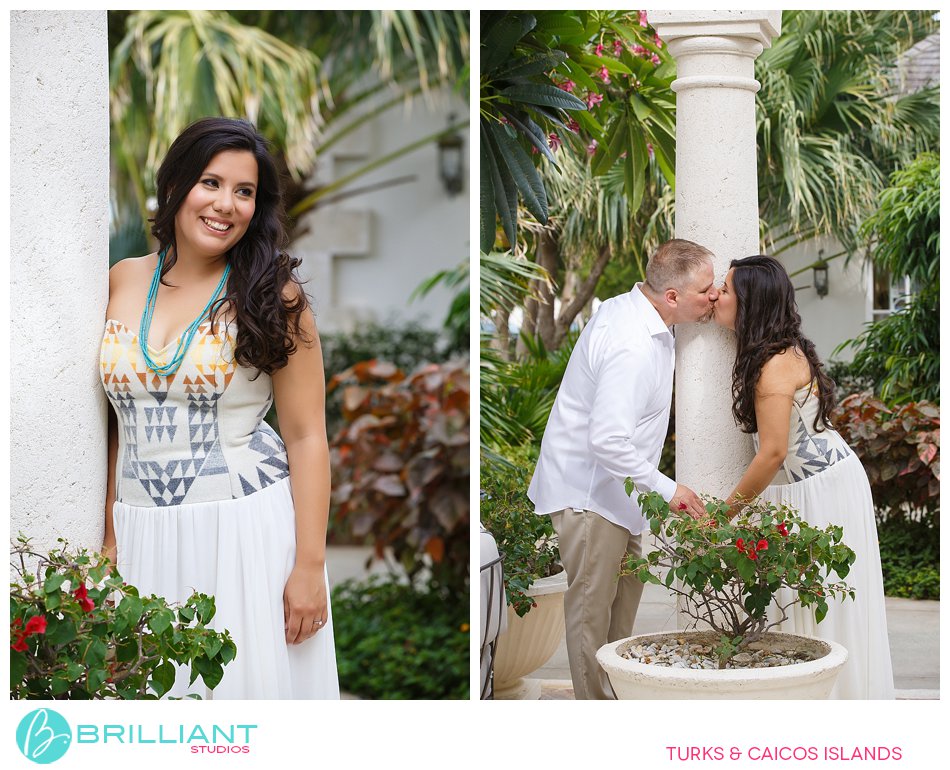 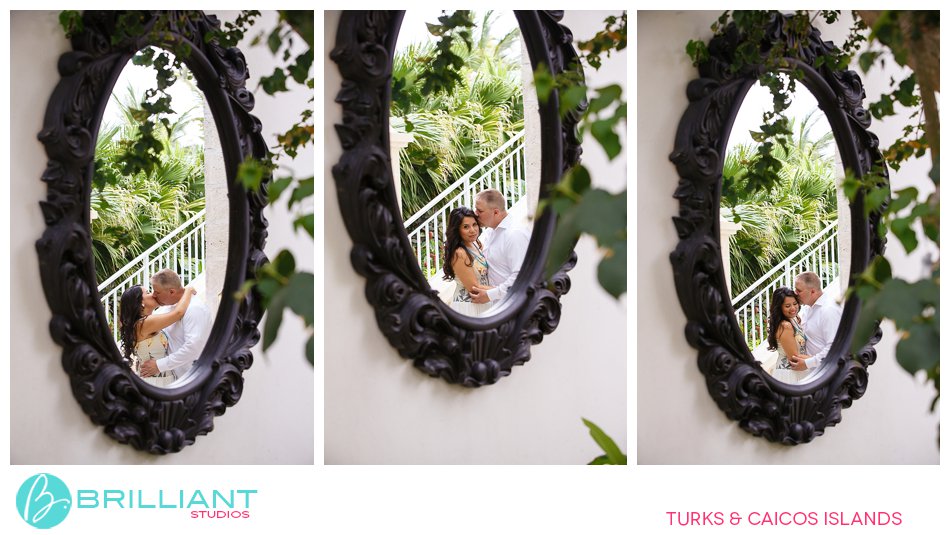 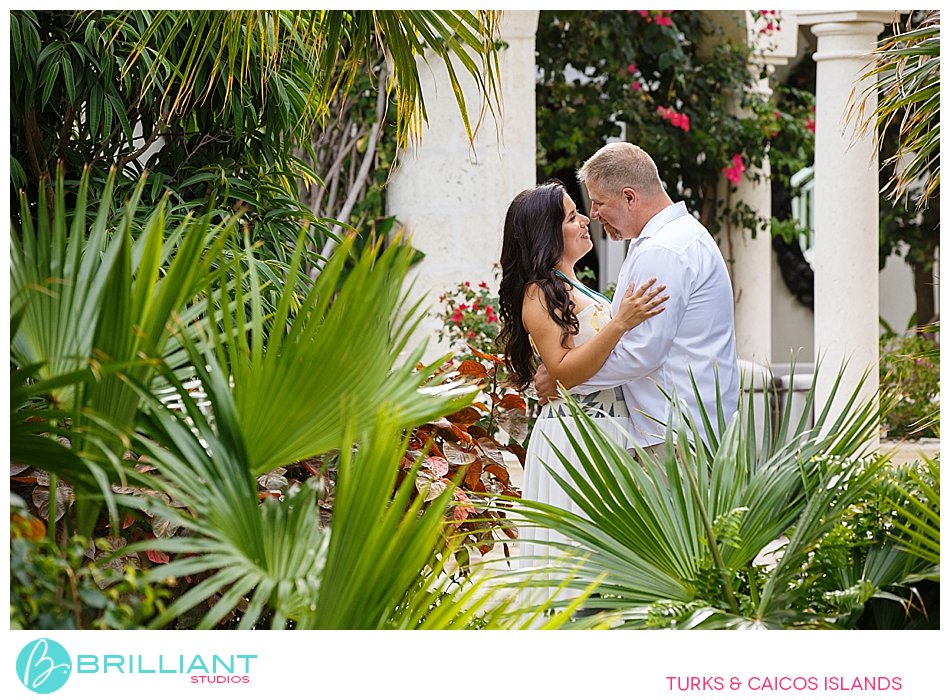 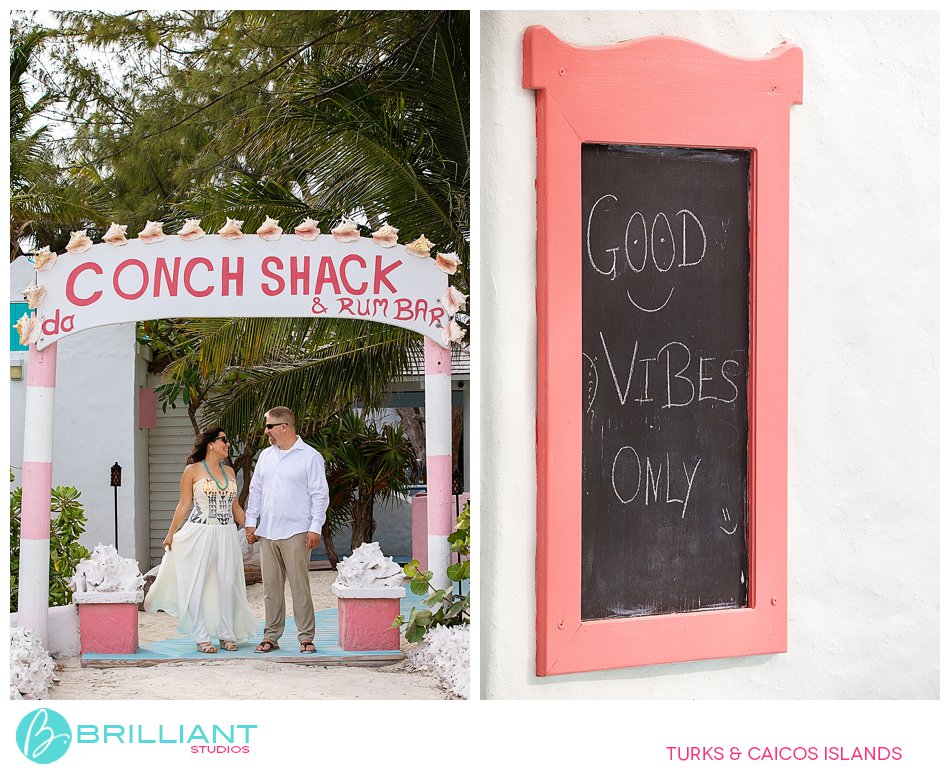 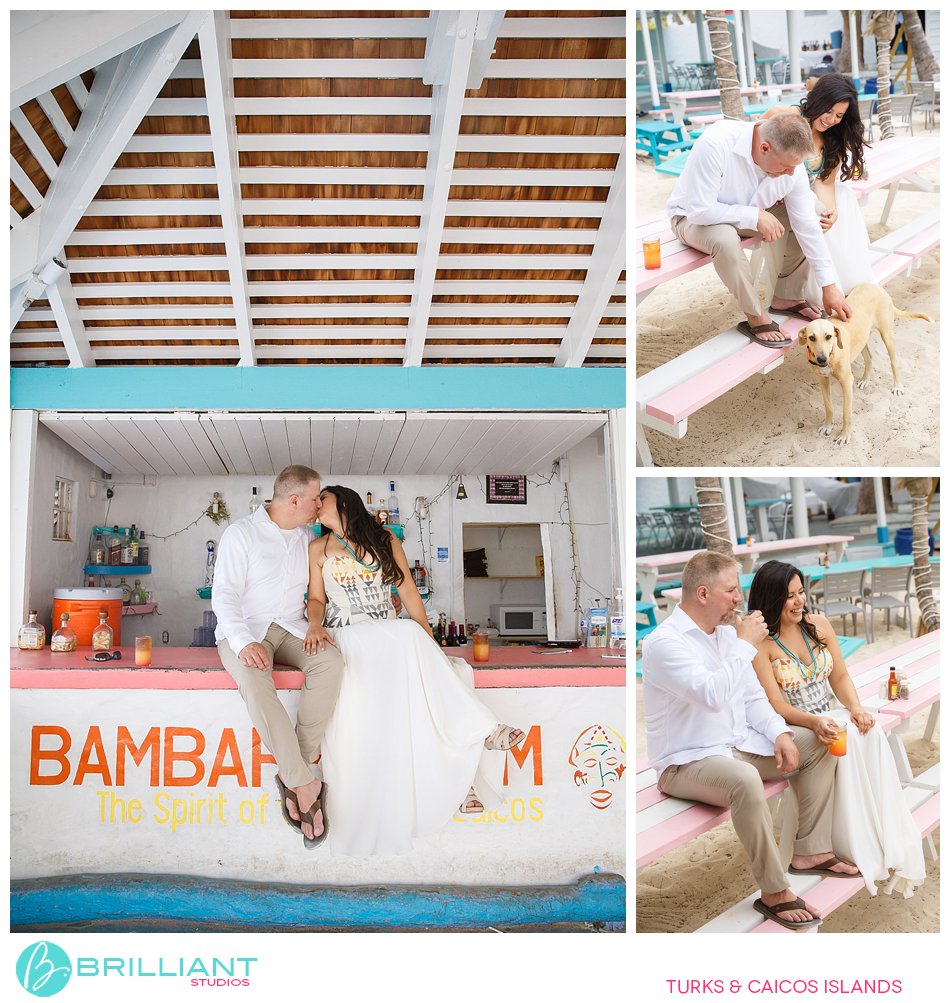 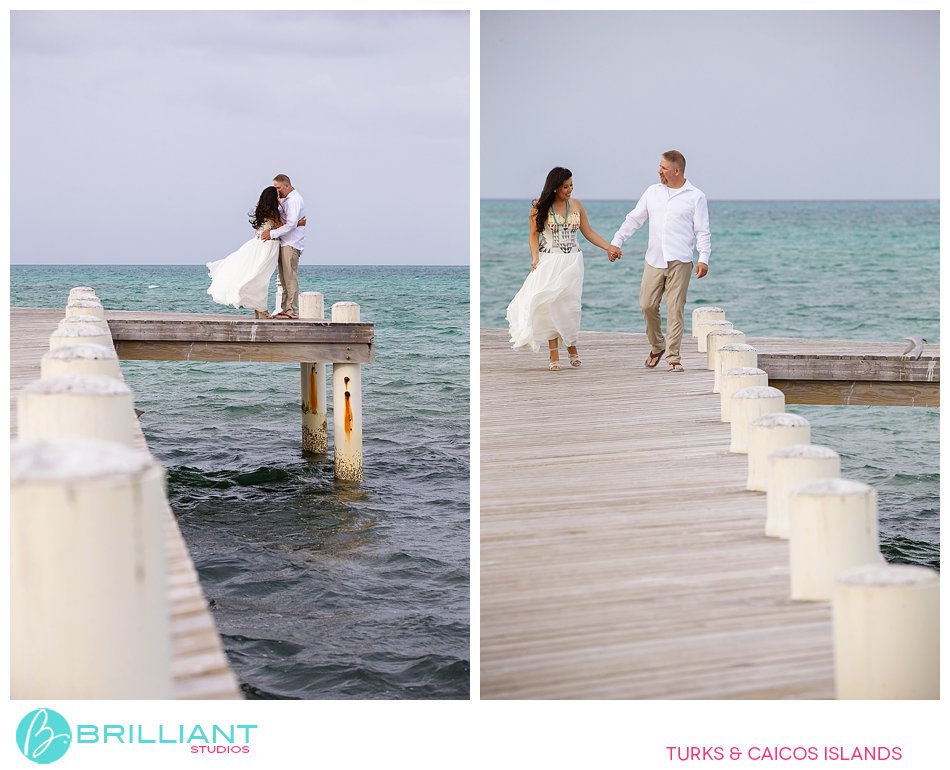 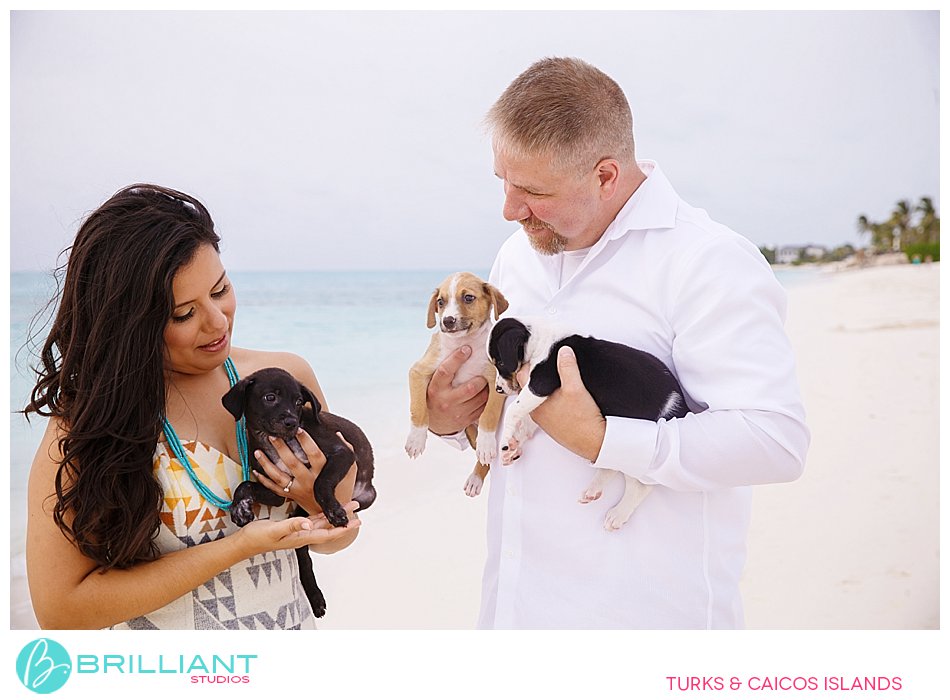 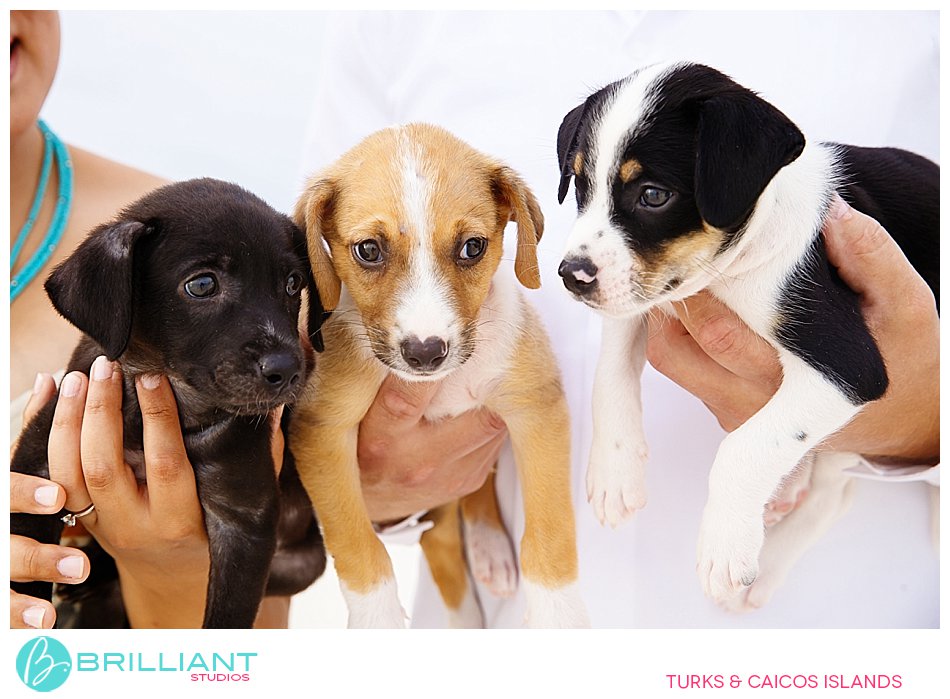 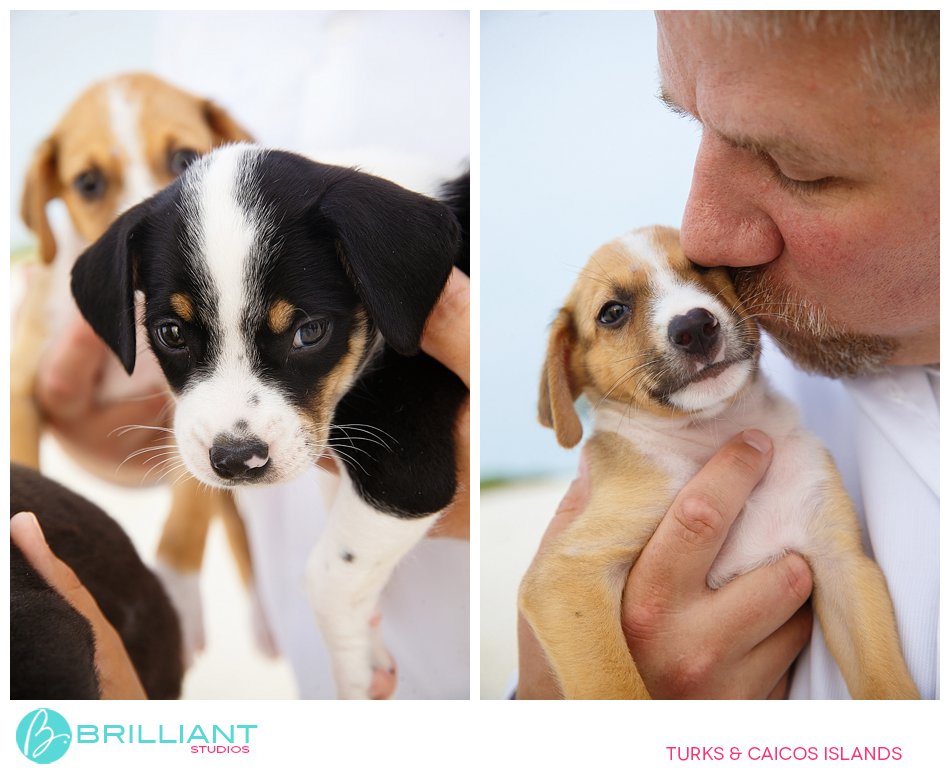 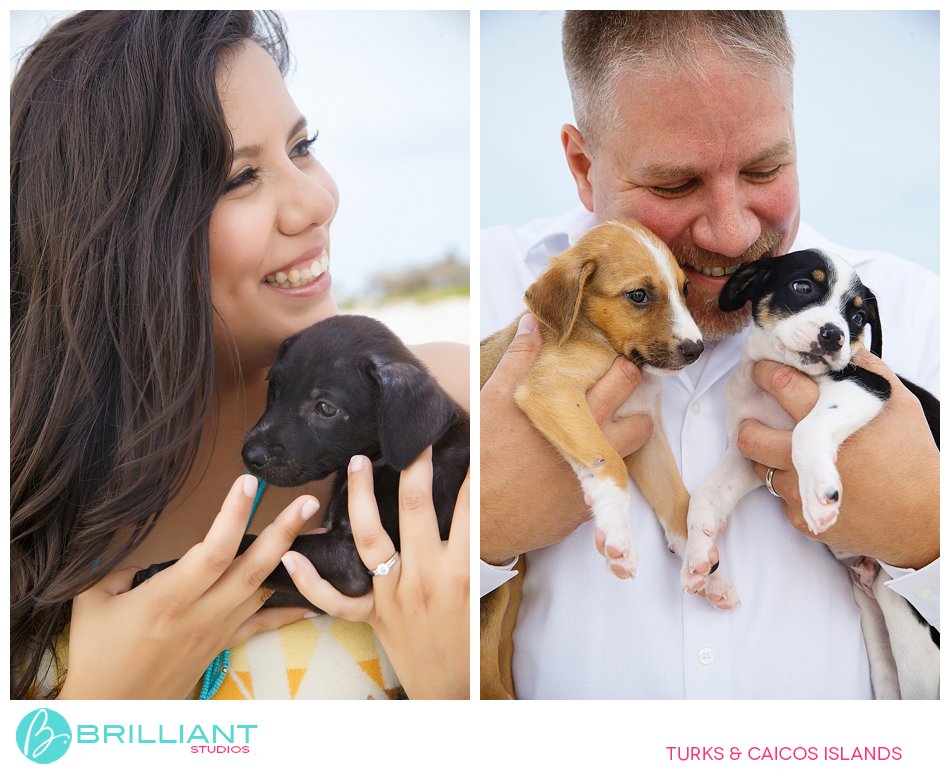 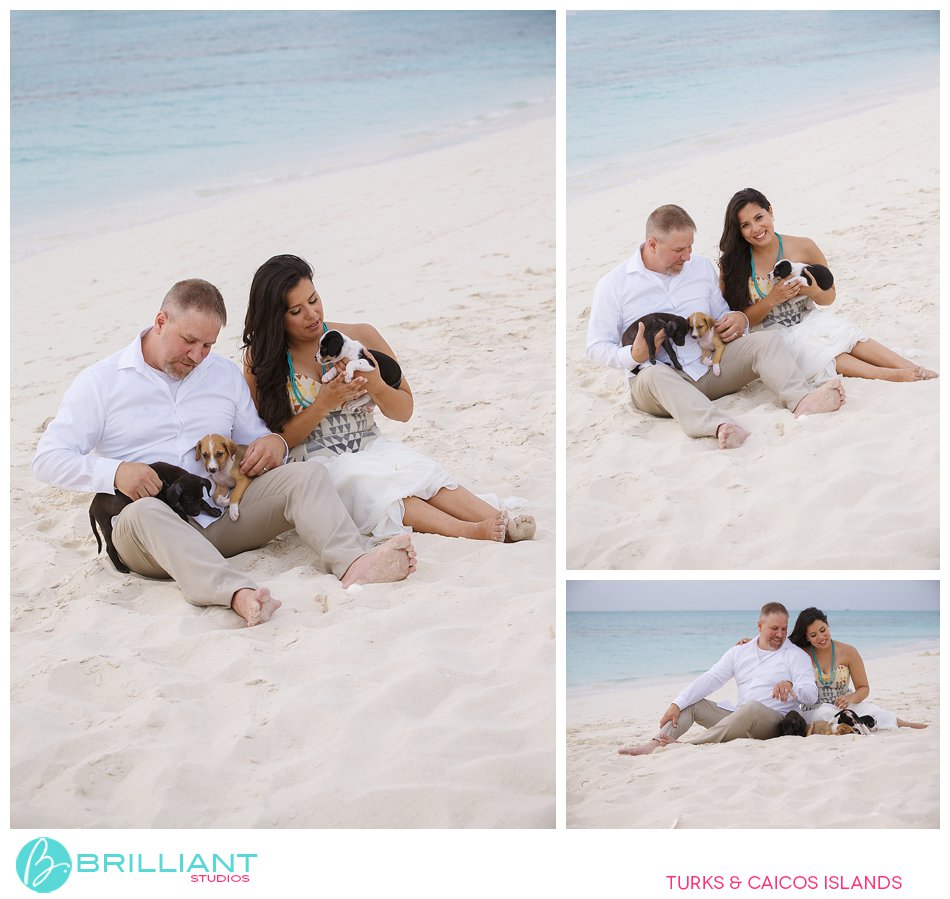 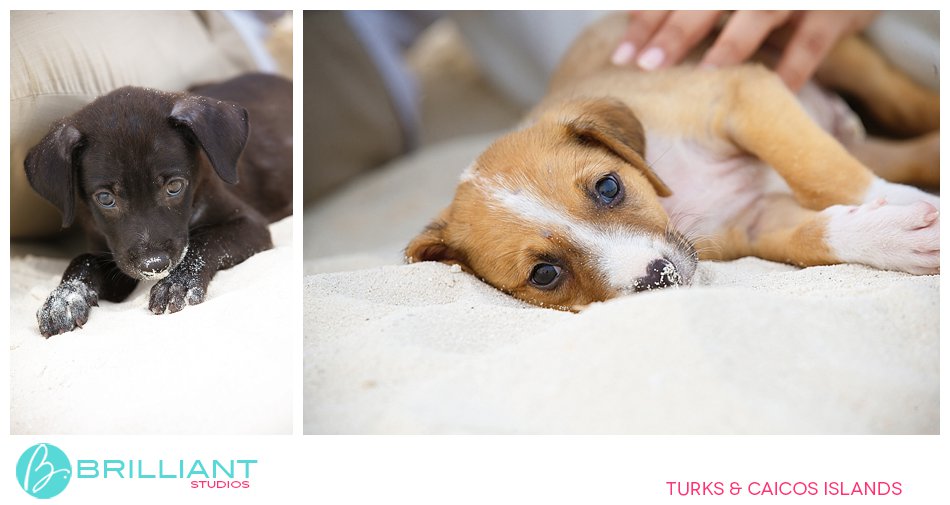 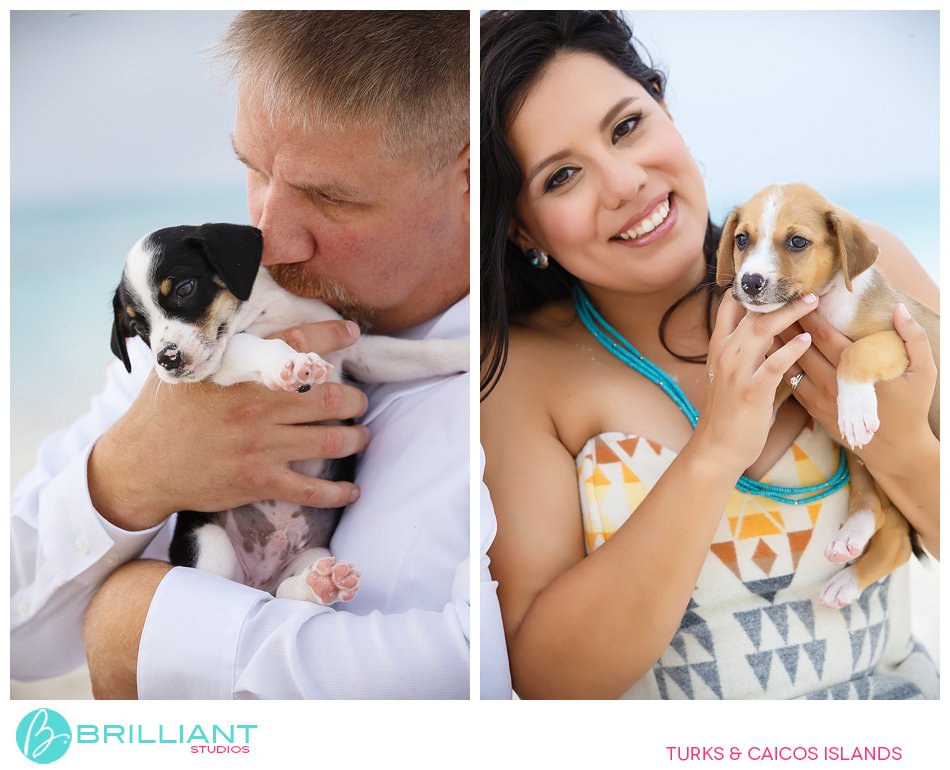 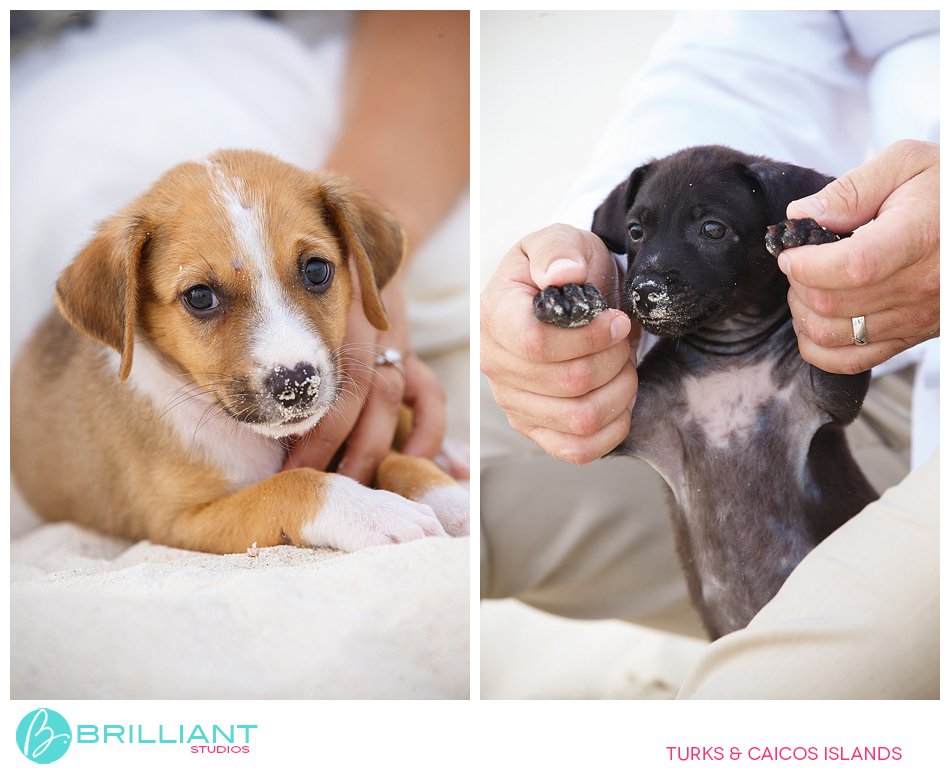 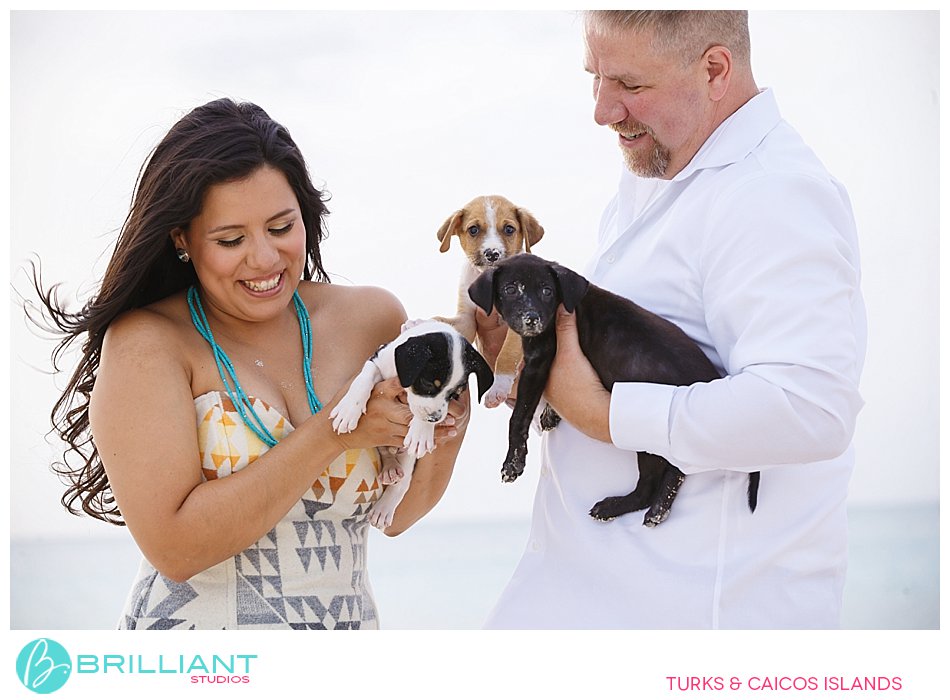 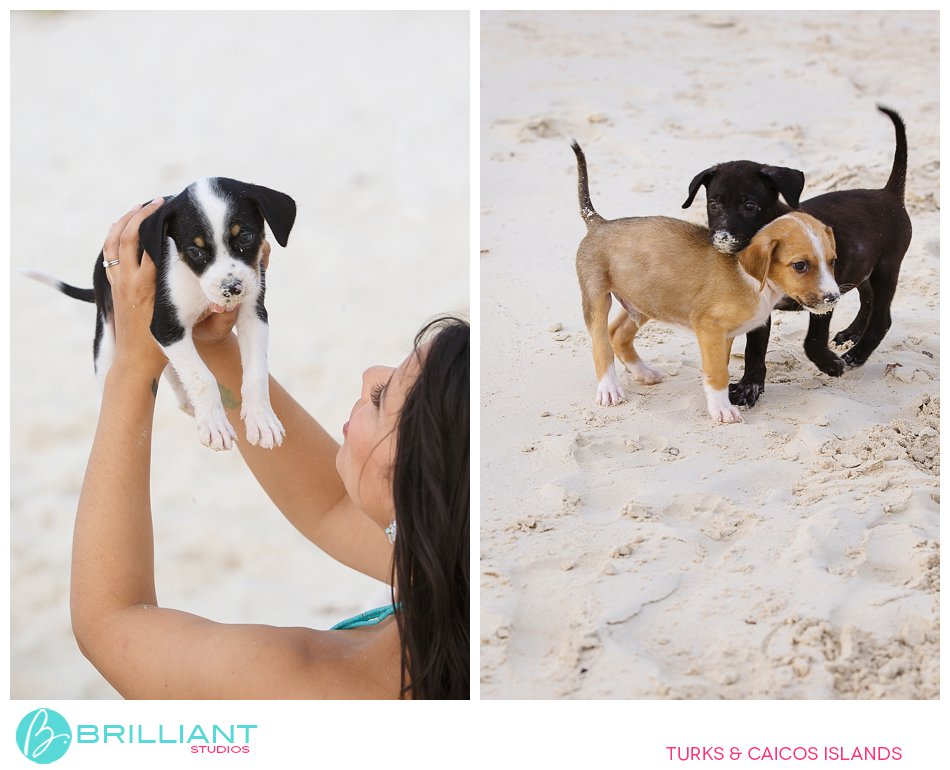 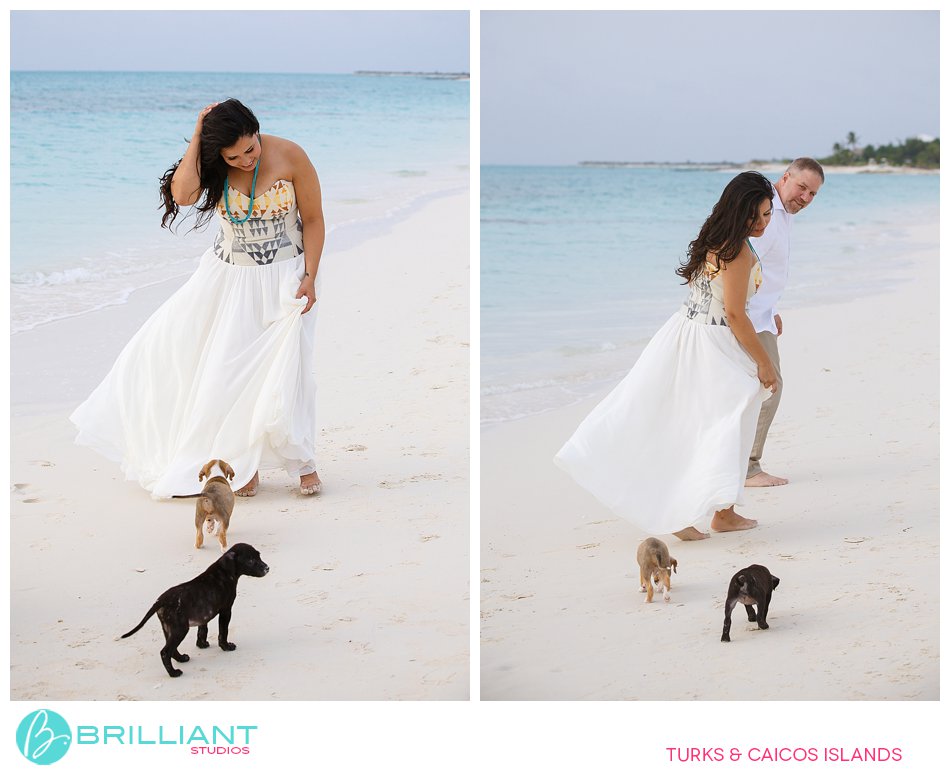 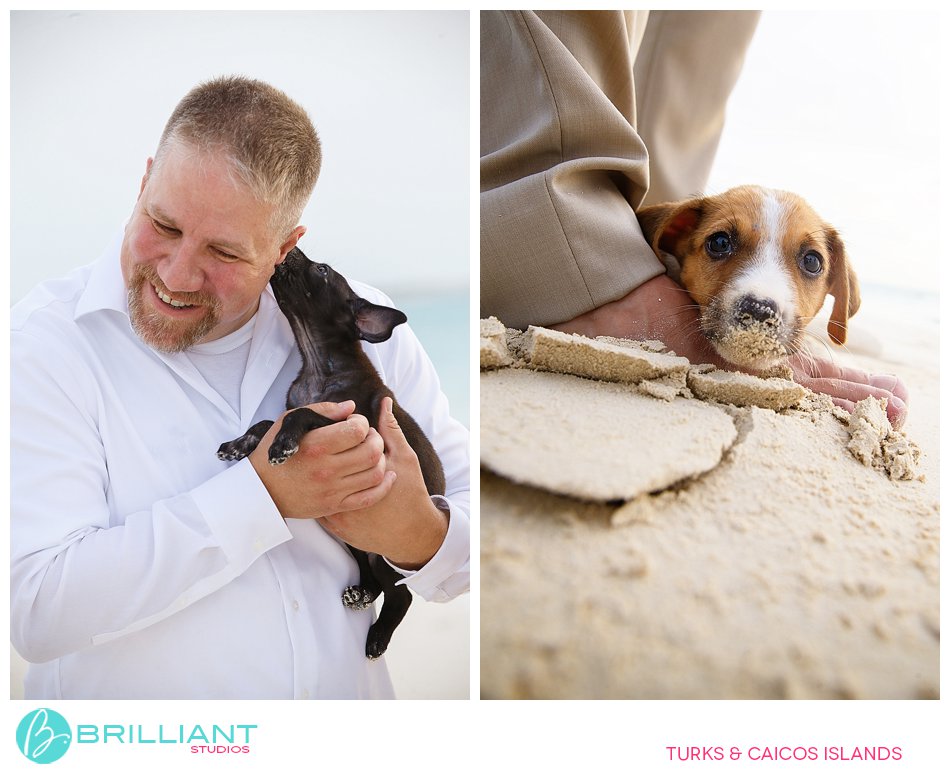 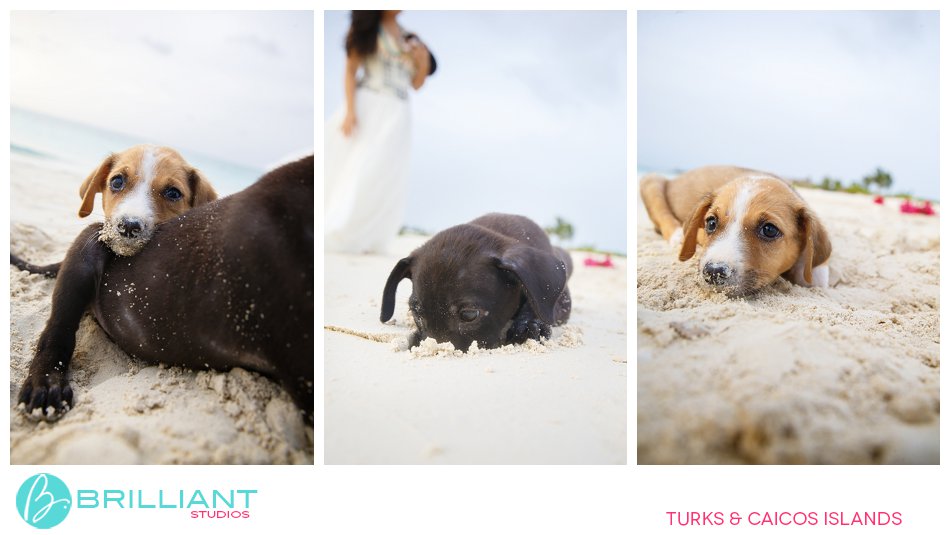 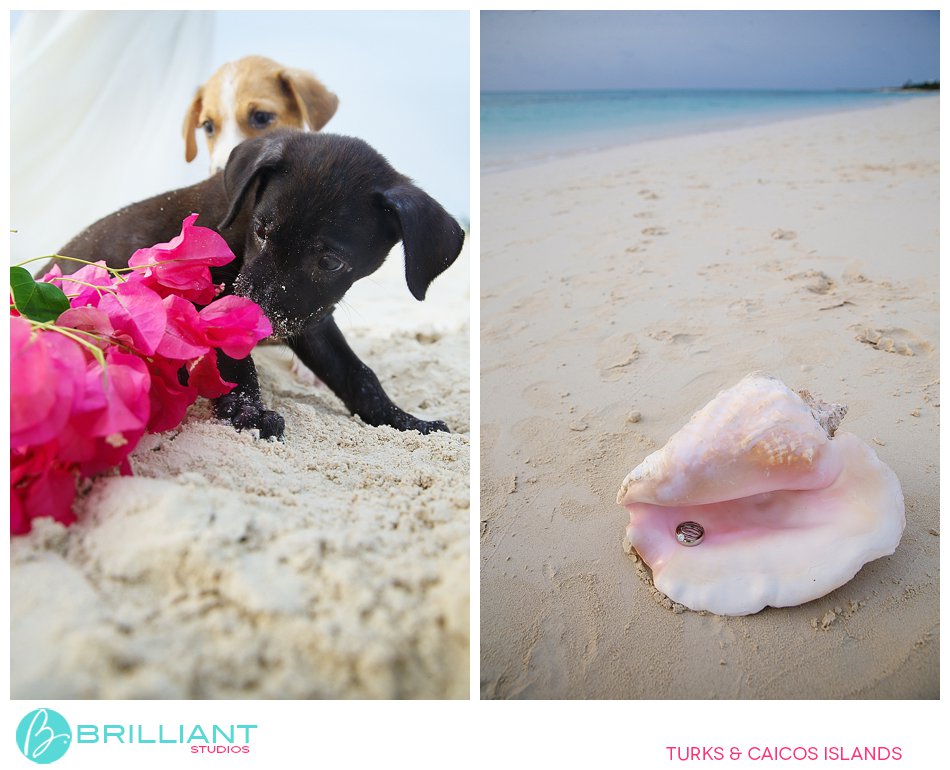 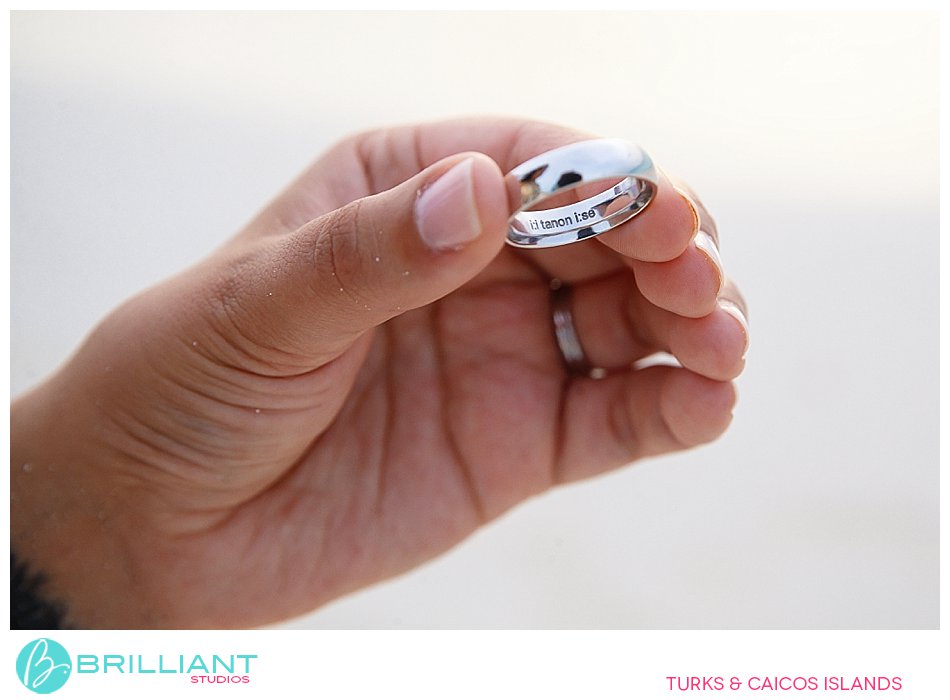 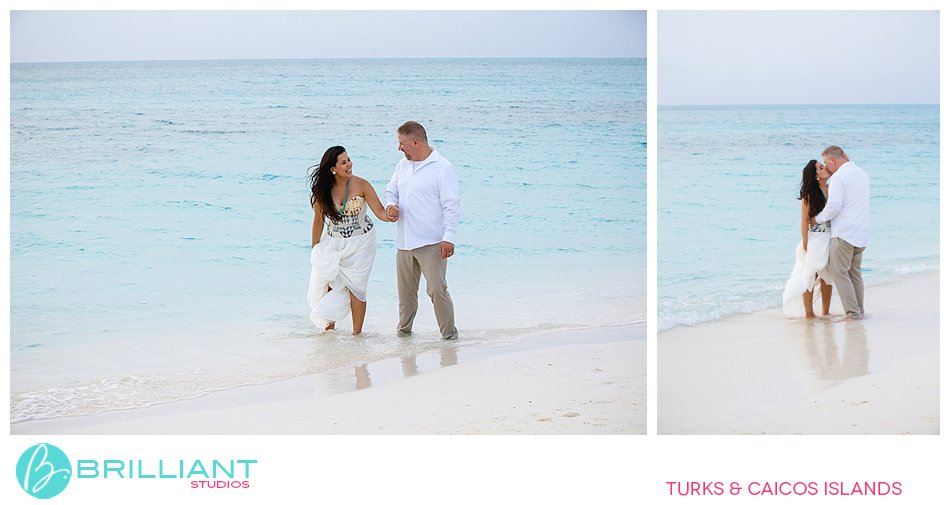 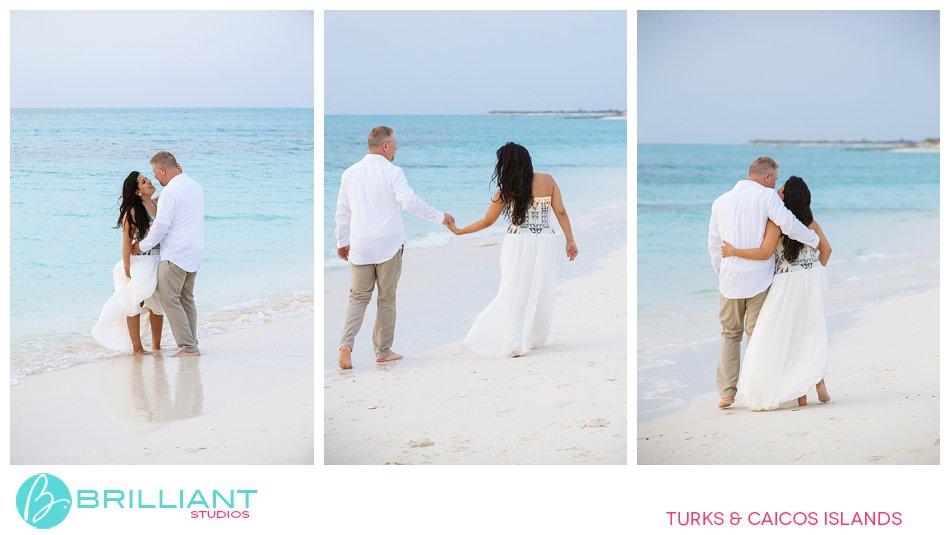