You are here:
Engagement 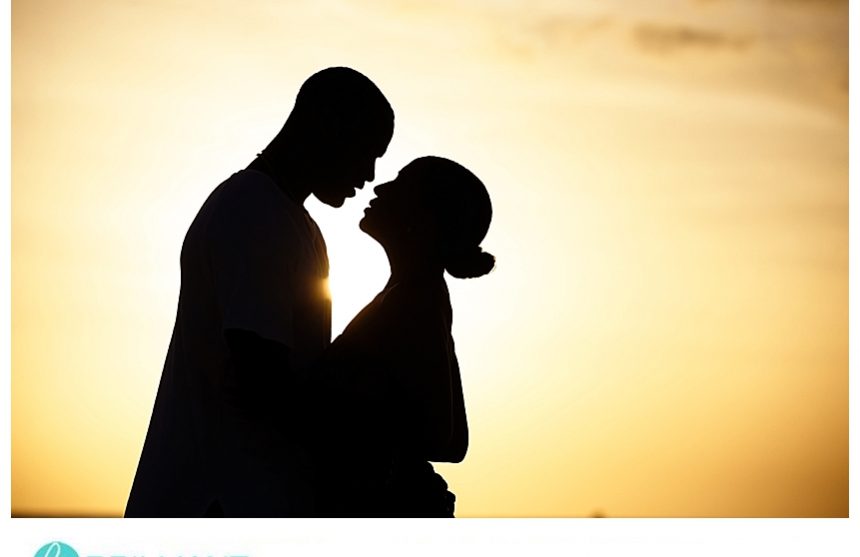 Grace Bay Beach Secret Proposal…….Oh we do love being in on a secret!

Especially as we get to be part of the surprise, and the spontaneity of the moment; it’s awesome!

This secret proposal in July 2017 was no exception.

Robert contacted David Gallardo of Brilliant Studios several times before his upcoming trip to the Turks and Caicos Islands.

Robert needed our help as he had a wonderful surprise in store for a very special lady.

We were thrilled to help him find the perfect location for this special moment using our intimate island knowledge.

Finally, after some discussion, the all important “WWH” was soon fixed upon!

The Where, When and How

Where? Grace Bay Beach directly in front of the Grace Bay Resort on the edge of Providenciale’s azure waters.

When? Sunset on the best beach in the world, naturally!

How? Well,  just take a look at the photos!

A Creature Lurks in the Bushes

Robert had planned everything to the finest detail. He wanted this perfect moment caught in time.

David hid in the bushes and snapped away as this magical moment played out and a “Yes” was gleefully pronounced.

As a team at Brilliant Studios we have captured a lot of surprise proposals over the years.

It is quite common to spot our photographers skulking in the bushes of the resorts on Grace Bay!

The ring was as stunning as the setting sun and the newly engaged bride to be.

Whilst the sun slowly slipped below the horizon David raced to capture more beautiful photographs of this handsome couple.

Does someone look familiar to you? Robert Woods plays in the NFL and he is the wide receiver for the Los Angeles Rams.

Robert definitely did not let the ball drop on this once in a lifetime occasion.

Meticulously planned from ring, to location, photography and dinner this proposal was an all round winner! 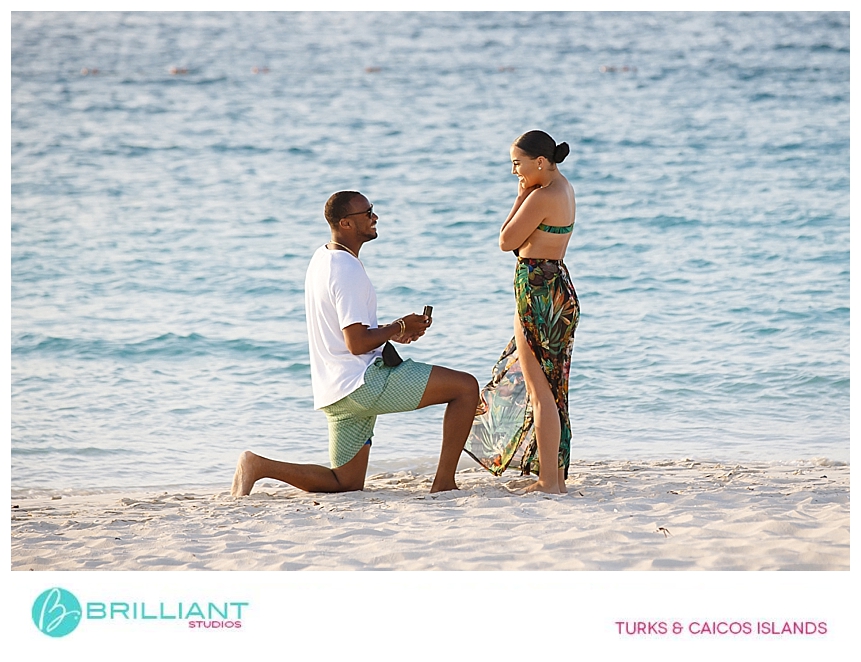 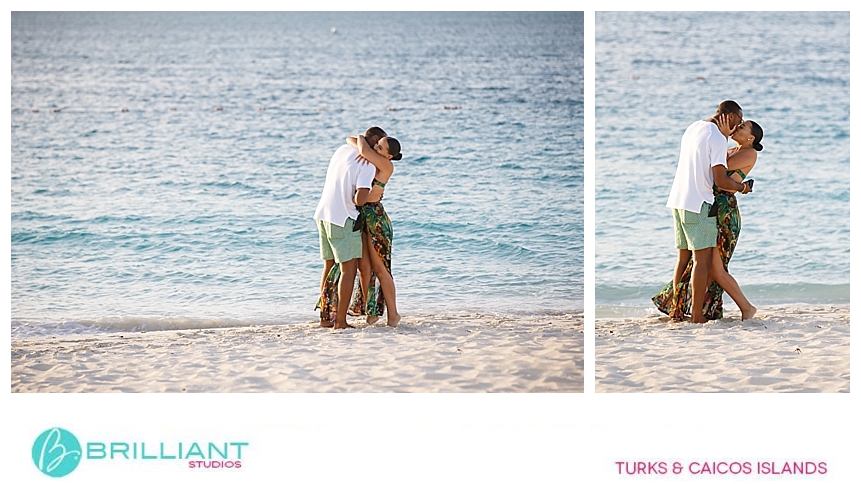 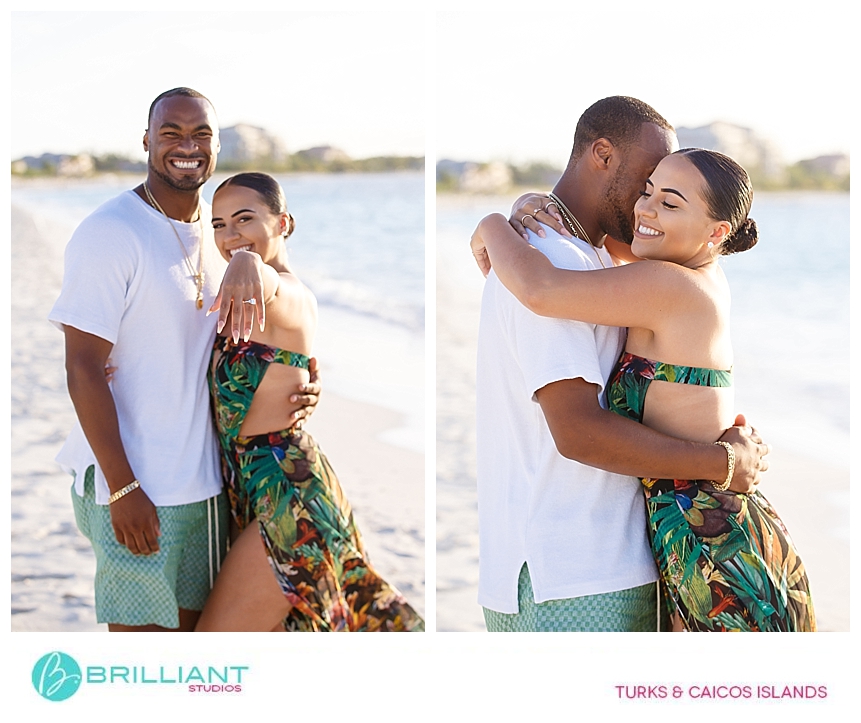 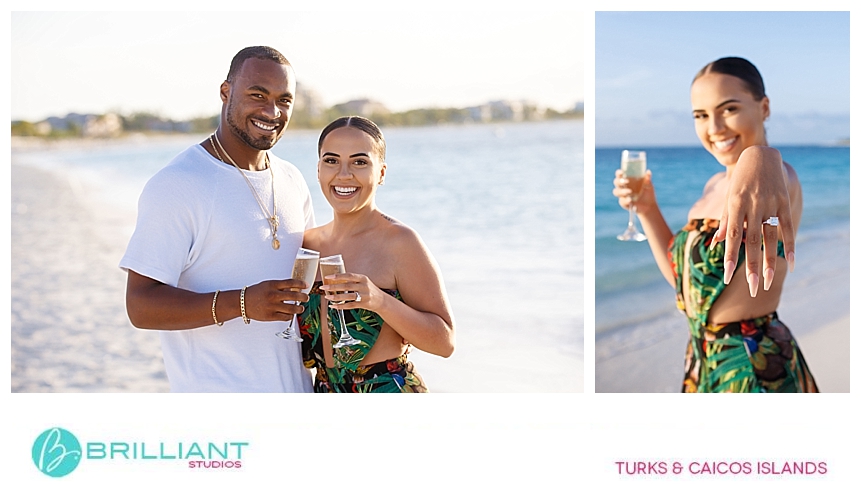 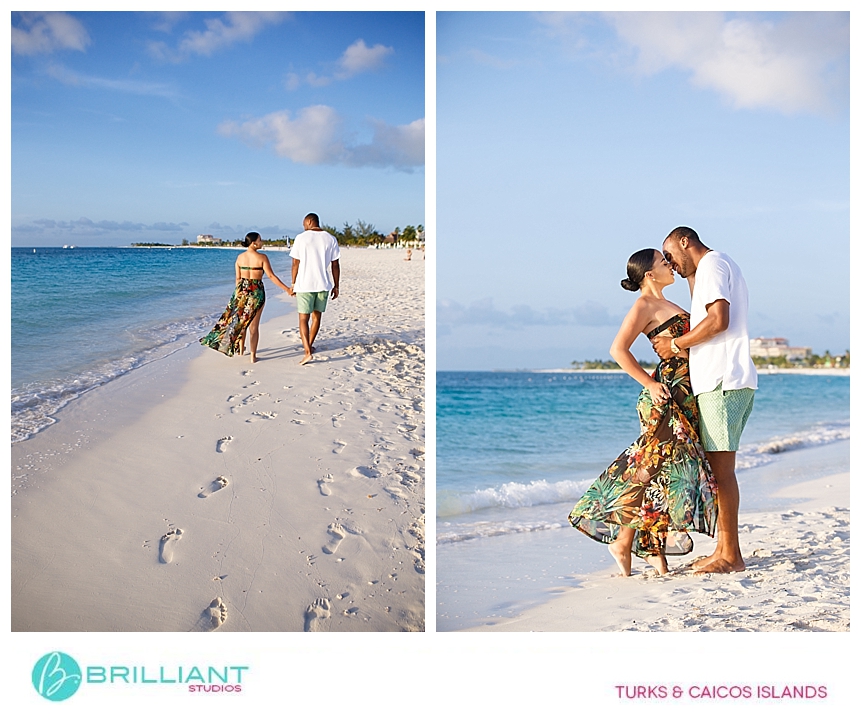 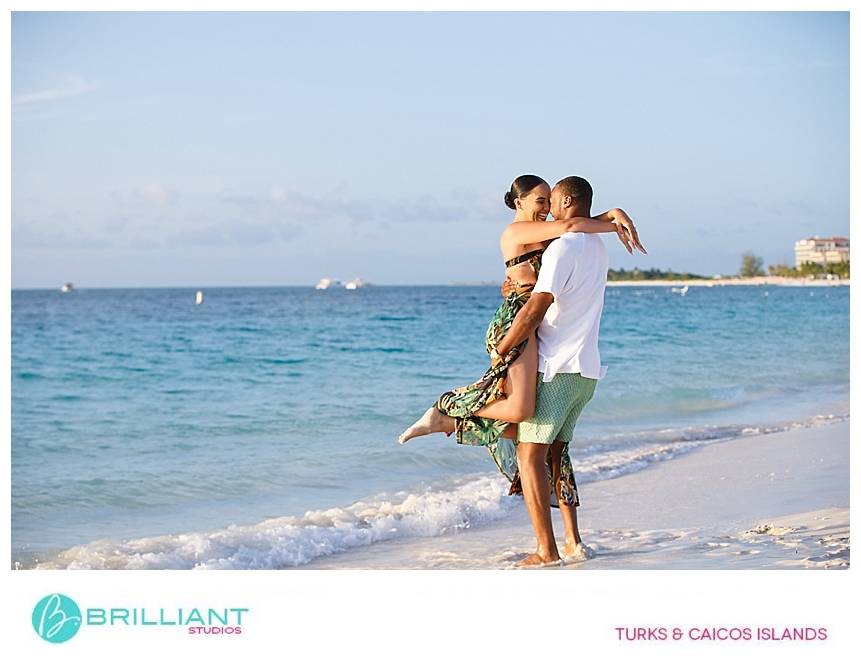 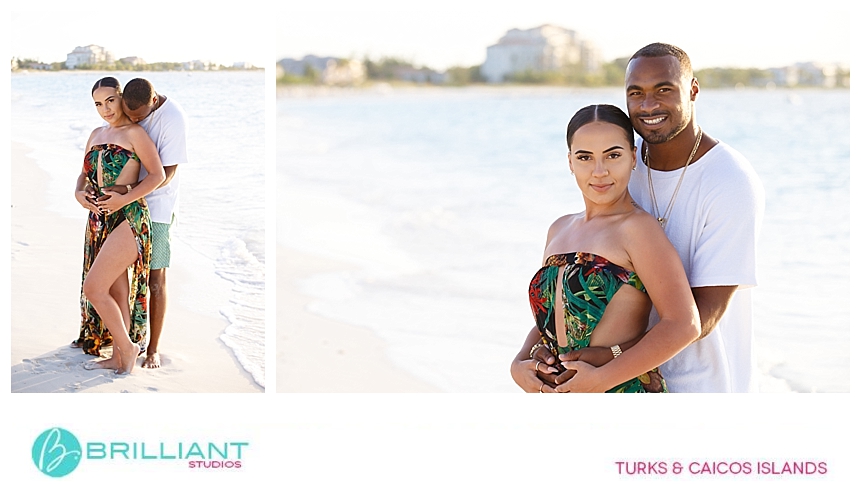 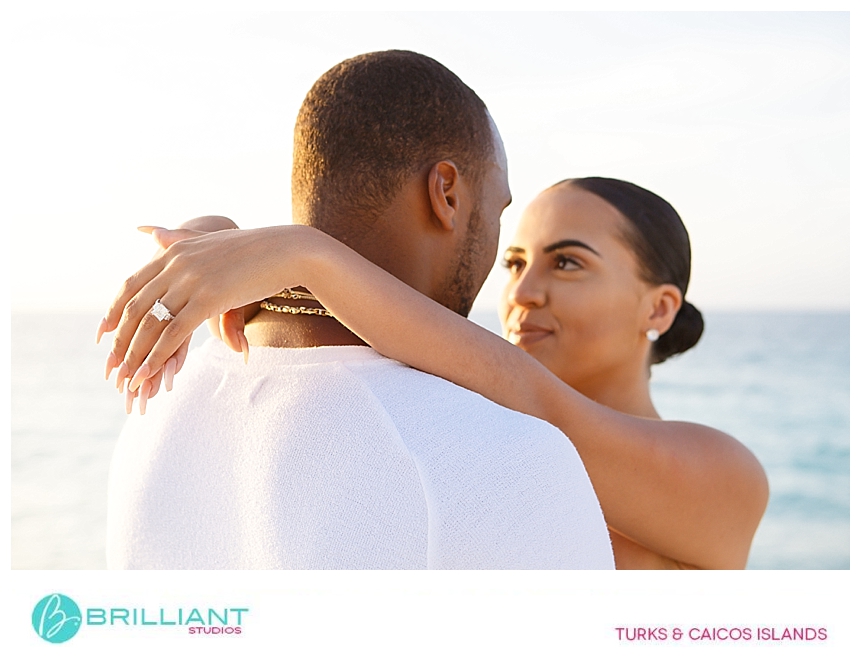 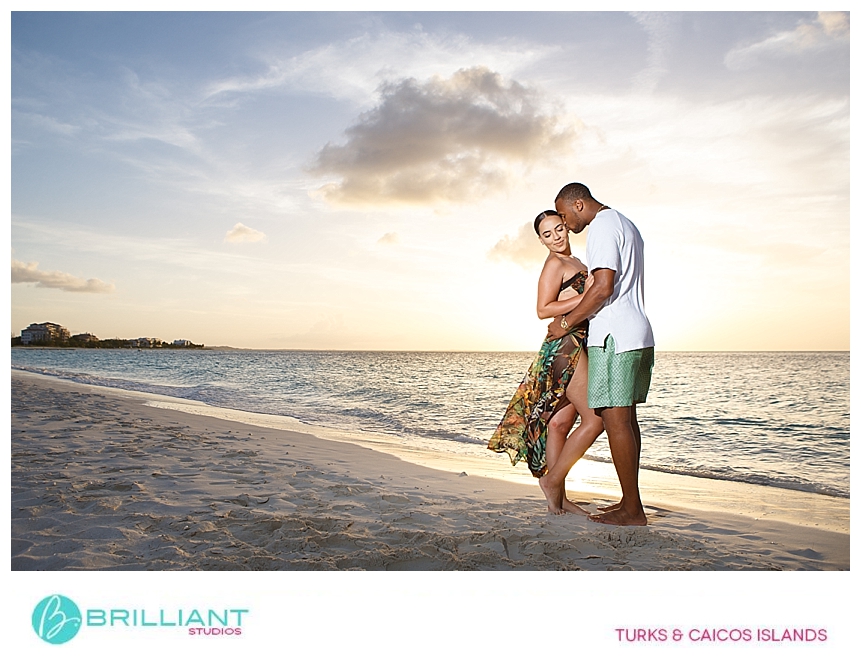 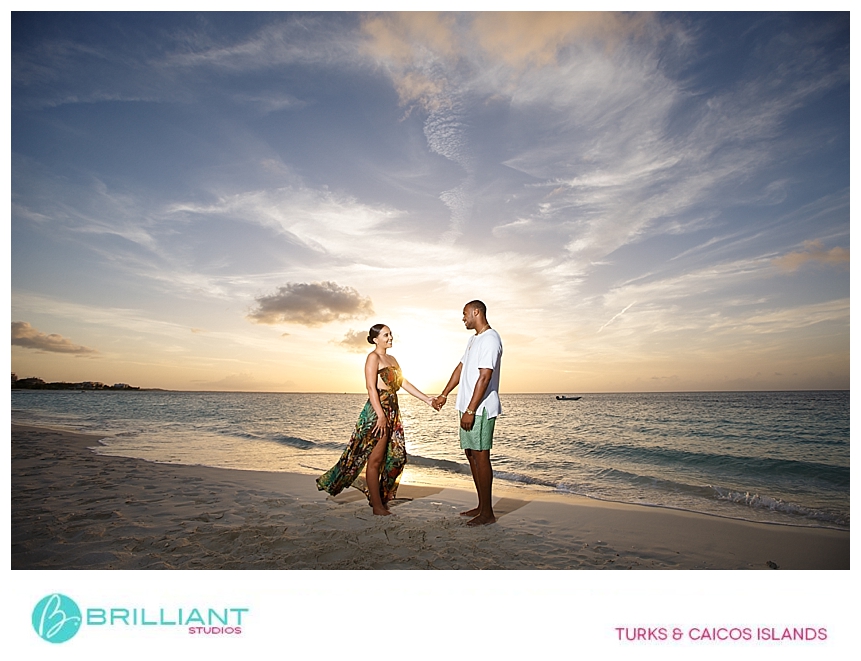 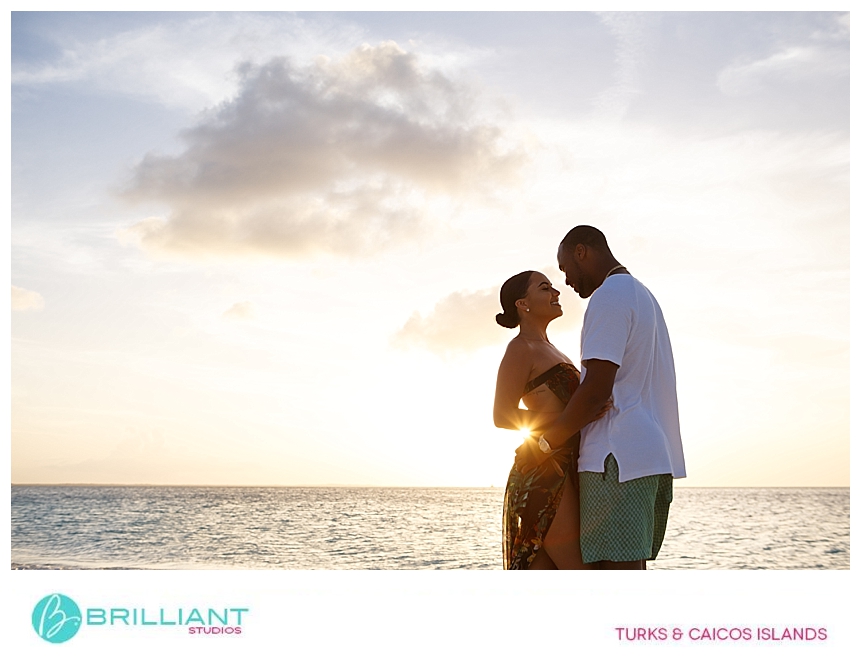 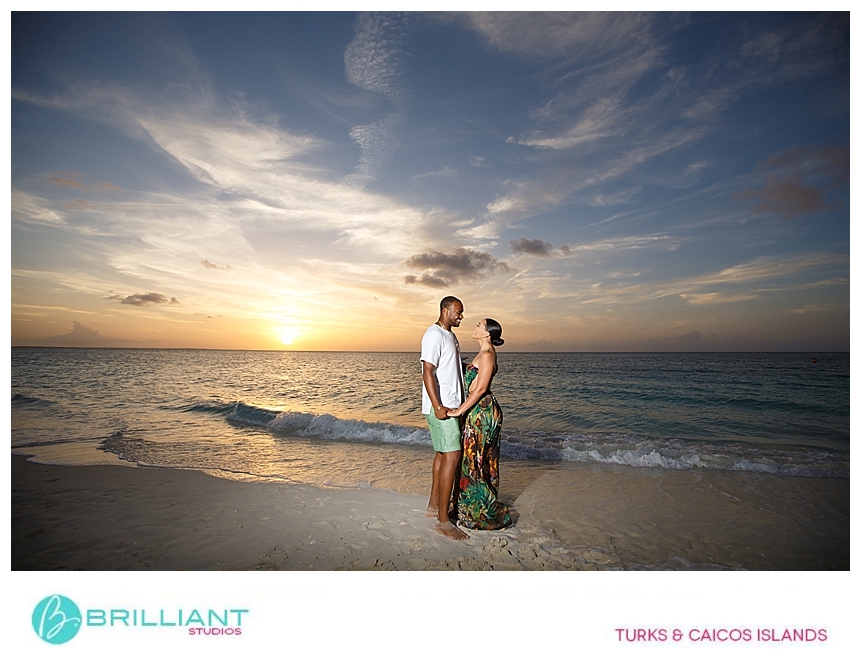 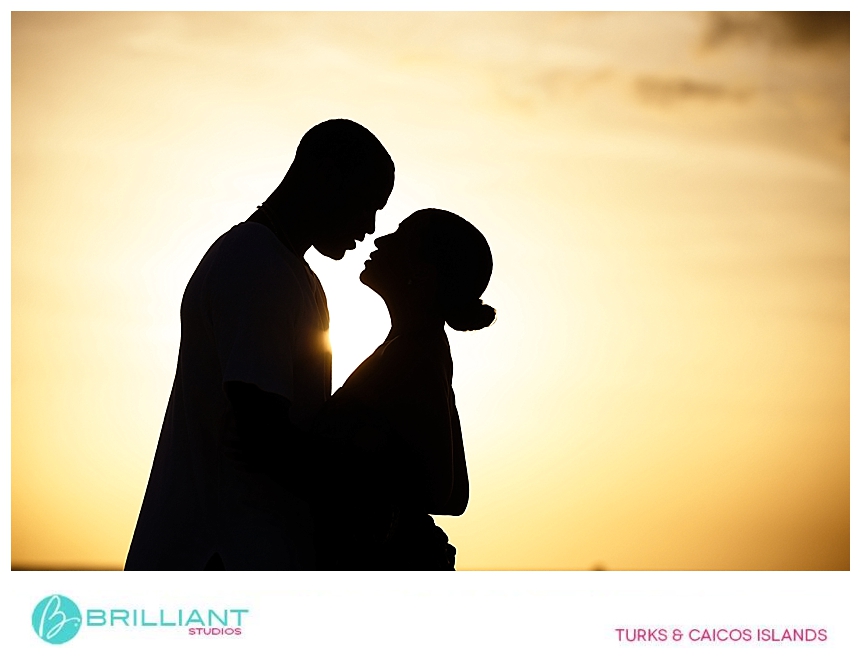 Turks and Caicos Engagement Shoot at The Palms
April 22, 2021